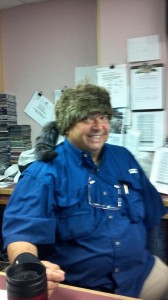 I visited with Rudy “Fearless” Fernandez and Pete Beretta this morning on KEAN radio about reading, and we discussed Flashlight Memories. The last time we were together Fearless had told me several stories from his childhood including as a pre-schooler running away from home, walking along the Rio Grande, a “one-armed kid” carrying a parakeet. He told of badly wanting the status symbol du jore of his childhood, a Daniel Boone coonskin cap. His family had no extra money to buy him one, and Fearless as adult said, “I still want one.” Today I remedied the deficiency.

Fearless had flashlight memories, not of hiding under the covers with the illumination but in a closet. I never needed to hide my reading, being blessed to come from a home where my parents read, both to me and my sisters, and as a chosen pastime. I did have one reading memory in which my father’s demeanor led me to read a book I wasn’t sure he actually approved. I told of that in Flashlight Memories:

The Joshua Tree
A yucca growing as a tree,
native to the arid west.
A book by Cabot, a U2 album —
but before that.
A random novel from library shelves
for Mrs. Holloway’s assignment.
Daddy picked it up, idly inquired.
“Your teacher assigned this?!!”
“No, any novel.”
“Oh. Okay.”
I don’t recall the plot.
Only that it wasn’t nearly so racy
as his tone led me to hope.
Fearless has fascinating memories, childhood, with famous people, and dare-devil fundraising. For months I’ve urged him to write them down, joining a queue of others urging him to write. Like so many people, “one day” he’ll write a book. I hope unlike 99% of those people, one day he really will! I’ve encouraged him and others, though, to take steps that actually lead to producing a manuscript, where those fantasies of “one day” usually stay ephemeral.
Just write! Pick a story and commit it to pixels – or to ink on paper. Don’t start with “I was born….” That’s an awful beginning for something you want anyone to read! Instead, talk about a memorable moment, a character in your life and her influence on you, how you came to make a life-changing decision, or whatever you’re thinking about! When you’ve done that, whether it’s three hundred words or a pile of pages, set it aside. Then, the next time you have time to write (which you have to make!), choose another memory and memorialize it. Whether the result ever becomes a manuscript or not, you’ve created something of value to you and your family and friends. When the pile of saved writing justifies it, organize it (not necessarily chronologically) and make it as strong as you can. Recruit others to read it, making recommendations. Few people can do this with a family member, though you may be the exception, but you have friends who will be both objective and bold enough to suggest needed edits. Then, when you have the courage actually to put your heart and soul before the reading world, you’ll be an author!